When thinking about hangovers and hangover symptoms, many people think about a night out drinking with friends. They think about waking up in the morning with a severe headache and draining fatigue. Moreover, they think about what they did the night before and possibly regret their decisions. This is something all too common in society today. Fortunately, self-diagnosing and treating hangovers is very simple. However, if you use marijuana, you may be suffering from a weed hangover as well.

Typically, hangovers are a result of having a little too much alcohol the night before. However, hangovers from marijuana can happen as well. In either of these cases, if the hangover is bad enough, you may find yourself seeking medical attention. Although this is only needed in the most severe cases, it may happen more often than you think.

If you or a loved one is suffering from repetitive hangovers and you fear addiction, there is help available. Our professionals are standing by at 405-583-4390 with all the information and treatment resources you need. There is always hope when you ask for help, so please ask.

Next, we will discuss hangovers and hangover symptoms in more detail.

Typically, hangovers are a result of having a little too much alcohol the night before. Nevertheless, hangovers from marijuana can happen as well. In either of these cases, if the hangover is bad enough, you may find yourself seeking medical attention.

Everyone has their own definition for a hangover. For the official definition, according to the Stanford University research, a hangover is:

. . . unpleasant physiological effects following heavy consumption of alcoholic beverages. Including but not limited to: headache, nausea, sensitivity to light and noise, lethargy, dysphoria, diarrhea and thirst, typically after the intoxicating effect of the alcohol begins to wear off. While a hangover can be experienced at any time, generally speaking a hangover is experienced the morning after a night of heavy drinking. In addition to the physical symptoms, a hangover may also induce psychological symptoms including heightened feelings of depression and anxiety.

In the United States, an average of 6 people succumbs to alcohol poisoning each day. Often, consistent hangovers are your body’s way of letting you know that your consumption is straying into dangerous territory. This kind of regular drinking can easily result in alcohol addiction, or an alcohol use disorder. Similarly, extensive marijuana use can lead to a marijuana use disorder. Altogether, these are things you will want to avoid. The pain of a hangover extends further than what you might think. In the end, you are just hurting yourself.

Even though hangovers receive recognition from the medical world as being real, physical conditions, it seems many do not know the full range of symptoms. As this quote states, the range of symptoms is quite large.  However, when do hangover symptoms become severe and need medical attention?

When Drinking Gets Scary

We think of heavy drinking as something you will probably regret the next day, but alcohol abuse can have consequences that are far scarier and more immediate. If someone you know is experiencing any of these symptoms, they might be suffering from alcohol poisoning. When seeing these signs, it is best to get medical attention as soon as possible.

Someone who is unconscious or cannot wake up is at risk of dying from alcohol poisoning. If you think someone has alcohol poisoning, even if you do not see the normal signs, seek medical attention immediately. If you are suffering from addiction to alcohol, or drugs, then call us today. Our experts will help you get the help that you need. Also, get the help that you deserve. Do not wait until it is too late. Let us help you get on the path to sobriety.

When to Seek Medical Help

Even if you have avoided the acute symptoms just mentioned, repetitive hangovers can also be a sign that it’s time to seek medical attention. The Mayo Clinic states:

“Hangovers after a single night’s drinking go away on their own. Talk with your doctor if you’re concerned that frequent, heavy drinking may lead to serious alcohol withdrawal, or when regular hangovers affect your quality of life, including your personal relationships or your performance at work. Treatment for alcohol problems is widely available.”

Although most hangovers subside on their own, seeking treatment might be good for ending the behavior altogether, especially if your personal life or career might be at stake. Luckily, there are many different treatments available for all kinds of addictions.

Obviously, hangovers are a result of drinking too much alcohol. However, there are various other physical factors that play a role, for example:

This is another factor in what causes hangovers. Congeners are often ingredients in alcoholic drinks. The Mayo Clinic article goes on to say:

“Alcoholic beverages contain ingredients called congeners, which give many types of alcoholic beverages their flavor and can contribute to hangovers. Congeners are found in larger amounts in dark liquors, such as brandy and bourbon, than in clear liquors, such as vodka and gin. Congeners are more likely to produce a hangover or increase the severity of a hangover. But drinking too much alcohol of any color can still make you feel bad the next morning.”

Along with this ingredient, there are other factors that can give hangovers a sharper edge. If you believe someone you know, or yourself might have an addiction to alcohol then call us today. Talk to our specialists about what you need to do to start a healthier and happier life.

Anyone that drinks alcohol is at risk of experiencing a hangover the next day. However, some people are more likely than others to have a hangover. Sometimes, genetics affects you more than you might know. These genetic variations can cause sweating, becoming flushed, and getting sick while drinking. However, anyone will increase their chances of a hangover if they are doing any of the following:

In addition, the more severe hangover symptoms normally involve one of these factors. Furthermore, complications can arise in the form of problems with memory, concentration, and dexterity. Or they can take the form of problems at school or work, such as not arriving on time, trouble concentrating on tasks, falling asleep, or conflicts with others.

Although alcohol hangovers may feel awful, a weed hangover can be just as painful.

A marijuana hangover is the subject of much speculation in the drug research community. According to Cannabismo, a medicinal marijuana dispensary:

“If you have ever felt foggy after a long night of, let’s say, heavy smoking, you probably used too much weed. A weed hangover is similar to the alcohol hangover, but fortunately, it’s not that bad for your body and brain.”

Most of the time, people don’t expect weed to give them a hangover. But Cannabismo insists they are real, stating:

“Weed hangovers are usually treated as speculation. That’s because many people have smoked cannabis in their life, but they haven’t reported any symptoms of weed hangover. However, this experience is definitely real, and there are some things that may cause this weird experience.”

With weed hangovers now becoming part of the normal substance addiction discussion, some wonder what causes them. The article suggests:

“There are some main factors that may increase the chances of experiencing a weed hangover. These include the amount consumed, the quality of marijuana or the method of consumption. The amount of marijuana you’re consuming will always be crucial when it comes to developing an unpleasant weed hangover. Moreover, eating THC pot edibles increases the likelihood of feeling dizzy and a little sick in the morning.”

Like alcohol hangovers, weed hangovers involve using too much of the substance. Also, the quality, or potency, plays a major role.

This leaves many with an important question. How do you know if you have a weed hangover? Fortunately, the answer is simple: just look for the symptoms.

Physical symptoms include having a bad headache, nausea, fatigue, lack of energy, and eye irritation. Also, “cottonmouth” is a common result of dehydration associated with marijuana use.

Interestingly, this type of hangover is very close to an alcohol hangover. The symptoms seem to match up very well.

Steps to Cure a Hangover

As many doctors suggest, drinking fluids is the number one way to help cure a hangover. Also, allowing enough time to let your body readjust after a night out can help.

For the most part, steps to curing a hangover are somewhat simple. They include:

In summary, hangovers are a pain, especially when the hangover symptoms are severe and long-lasting. Nonetheless, there are ways to avoid this pain. If you already have a hangover, the steps to cure it are rather simple. Also, marijuana hangovers are a rising topic in drug research and have similar effects to alcohol hangovers. They should receive the same treatment.

If you or someone you know is suffering from alcohol addiction or dependence on marijuana, please reach out to our experts. You will be able to talk with an addiction specialist who can aid you directly. Together, you can find the best plan to move forward and reclaim your life from the grip of addiction. Call today and start your new journey to a happier and healthier life. 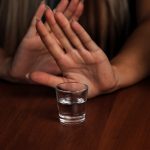 How Do I Stop Binge Drinking? [Guide]Alcohol Abuse