What is Alcoholism? [Guide]

What is an alcoholic? And what makes them different from a person with normal drinking patterns? The Centers for Disease Control and Prevention describes binge drinking as consumption that brings the blood alcohol concentration (BAC) to .08 or above. In the real world, that looks something like 5 or more 12 oz. beers for men over a 2-hour time frame and four or more glasses of wine for women. Alcoholism reaches across all social and racial groups in America. It can be found in both rich and poor people, in very young adults and in seniors, and in all parts of the country.

Most people who suffer from alcoholism or alcohol-related dependency do not believe that they have a problem. Many times an alcoholic’s family may rationalize their behavior due to issues of shame or guilt associated with alcohol abuse or because of their own addiction problems. Because of this, it can be difficult to identify whether or not you or a loved one have developed an issue with alcohol.

If you or a loved one got a high score above, it may be time to consider alcohol abuse treatment. Our professionals can provide all the information you need as well as connecting you with the best treatment in your area. Call 405-583-4390 today, and let us help you take charge of your life again.

Despite what some may think, being an alcoholic is nothing to take lightly. Because alcohol use is culturally and socially accepted and promoted across the world, it can be easy to develop a problematic relationship with alcohol but hard to identify alcoholism.

Responses from the 2018 National Survey on Drug Use and Health give us some alcoholism statistics that about 86% of people ages 18 or older had drunk alcohol at some time in their lives while 70% said they had drunk in the past year. Additionally, about 55% of respondents said that they drank alcohol in the last 30 days. Of these people, 9.2 million men and 5.3 million women have an Alcohol Use Disorder.

AUD is a brain disorder characterized as an inability to restrict or discontinue alcohol abuse even though it is experiencing many adverse effects of drinking. It also causes a powerful urge to consume alcohol and a pessimistic emotional response to being unable to drink. With over 26% of people participating in binge drinking in the past month, it is one of AUD’s hallmarks. Binge drinking has many short and long term consequences, including:

A Note About Alcohol Poisoning

If you see any of the following symptoms in a person who has consumed a large amount of alcohol, please call 911 right away.

Young adults from the ages of 18-34 are more likely to binge drink than households with $75,000 or more in income. Also, men are twice as likely to binge drink as women. Overall, one out of every six adults engages in binge drinking four times per month, resulting in no less than 17 billion alcoholic beverages being consumed in binges annually.

What is Alcoholism and How is it Different from AUD?

Alcoholism is a severe form of alcohol dependence that encompasses most of the worst traits of Alcohol Use Disorder. Problem drinking and alcohol abuse are lesser forms of alcoholic dependency but still fall under AUD’s umbrella and should be taken just as seriously. Because the signs of alcoholism vary greatly, and its degree of abuse is vast, the disease needs to be approached with many different understanding levels.

On the other hand, not all people who drink heavily are alcoholics or have a problem with alcohol. Others may binge drink a few times a month to the point of a hangover but experience relatively little consequences. At the same time, others may still intend to step out for one quick after-work drink and end up not knowing how they got home. There is a wide range of characteristics for what defines alcohol abuse. Call our specialists today to help battle your alcohol addiction together. You do not need to suffer through this alone.

Questions to Ask Yourself

Ask yourself the questions below to begin to sort out if you or someone you know is an alcoholic or merely have a problem with drinking:

Generally, the presence of two to three of these symptoms qualifies as a diagnosis of mild Alcohol Use Disorder. Four to five signs constitute a moderate case of AUD, and the appearance of six or more of these markers is classified as alcoholism.

The more a person floods their body with alcohol, the more intoxication sets in. Alcohol works by interrupting the chemical messages being sent between your neurons and neurotransmitters. The resulting effects are felt within minutes of consumption. Confusion, impaired hand-eye coordination, and slurred speech can usually be seen after two to three drinks. The mental toll of alcoholism can include mood swings, inappropriate or aggressive behavior, and impaired judgment. Blackouts, a temporary loss of memory despite complete bodily consciousness, can also occur with heavy alcohol abuse. Coma or even death becomes possible at a blood alcohol content of .40 to .50.

The presence of withdrawal sickness can also help to determine the symptoms of alcoholism. Withdrawal occurs when alcohol abuse that was continued over months or years is stopped. Because the body and mind have become accustomed to regular alcohol intake, the sudden lack of it can trigger an avalanche of symptoms. Within hours or up to five days later, a person can develop an accelerated heart rate, excessive sweating, tremors, nausea, vomiting, insomnia, and more. Other, more extreme cases of withdrawal can even include hallucinations and seizures and often require medical intervention. These ailments usually begin to recede after 24 to 72 hours, but they can also persist for weeks.

Though most people tend to imagine an alcoholic as disheveled drunk hiding in an alleyway with a bottle of cheap bourbon, most of them can maintain outward appearances for at least a short time. However, other alcoholics can perform their jobs, keep their health, and maintain personal relationships while nursing their addiction. These people may be in denial about their drinking because, by all accounts, they are succeeding in life. Their alcoholism can be plausibly denied until the day comes when they begin to experience late-stage health effects or injury to a significant personal or work relationship due to drunken actions. Alcoholism statistics show that 30% of U.S. adults consume anywhere from 15 to 74 alcoholic beverages per week. Alcoholism varies by degrees, but here are some signs to look for if you are wondering if a friend or family member could be a high functioning alcoholic:

Alcoholism is a too complicated disease that presents itself in a multitude of ways. Men, women, and teens can all be influenced by internal and external forces. The development of alcoholism at any stage in life can have deadly consequences if you ignore warning signs in favor of a night out with friends. Therefore, it’s imperative to pay attention to your relationship with alcohol and seek help if you find that it has gotten out of control.

“To get over drinking will require a transformation of thought and attitude,” states the Big Book of Alcoholics Anonymous. Though it may feel like an uphill battle to stop drinking, it is possible! Many treatments are available to address everything from binge drinking to full-blown alcoholism. Treatment methods include FDA approved medications, cognitive behavioral therapy, Alcoholics Anonymous meetings, residential treatment, family therapy, and more. If you or a loved one needs help, do not hesitate! We have all the information you need to find the right treatment in your area. Call today! 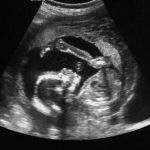