According to the National Institute on Drug Abuse, cocaine (coke) and crack are listed, among others, as the most commonly used drugs with the most probable rate for being abused or mishandled by the user. Despite the belief that cocaine and crack are identical to the other (their appearance and level of effectiveness, among other things), the list of differences is quite extensive. To better portray and help paint a better picture of the two materials’ differences, let us divide the two and further break them down and figure out the difference between crack vs cocaine.

Drug addiction and substance abuse are among us, especially crack and cocaine.  In we want to put an end to the said practice, we must first become educated on the topic, especially on the most popular and widely abused substances or mishandled. If you or someone you know is suffering from or partaking in addiction, please call us at 405-583-4390. Again, do not hesitate to reach out for help or more information.

Crack vs. cocaine. Due to the similarities between the two drugs, many people believe that the two are the same and go by different names. Though the two substances share some similarities, like how they are both addictive, they also have their fair share of differences. To better identify each drug for what they are, let us break them both down into their categorized variation.

Originating from the leaves of coco plants in South America, then transformed into a hydrochloride salt (powder), the substance cocaine is a compelling, addictive stimulant.

Cocaine’s most common form is its natural white mineral powder.

Seeing that cocaine is typically found and bought off the streets, the substance goes by many names. Such names include Blow, Snow, Dust, C, Aunt Nora, Binge, Flake, Nose Candy, Mojo, Paradise, Bernice, and Charlie.

Because of how refine the substance is, cocaine is typically handled by snorting through the nasal cavity, directly injecting the substance into the bloodstream, or rubbing the fine mineral right on the individual’s gums.

In 2014, as reported by the National Survey on Drug Use and Health, there were an estimated 1.5 million cocaine users 12 years of age and older. In addition, during their findings, those between the ages of 18 and 25 are at an increased rate of cocaine use than any other age group.

According to the U.S Department of Justice Drug Enforcement Administration, as of March 2017, the average cost of one gram of cocaine is approximately $160.

Consequences and Effects of Cocaine

Similar to numerous other illicit drugs and substances, when cocaine is administered and reaches the reward circuit portion of the brain, dopamine (chemical messenger, also known as the “feel-good” hormone) distributes at an excessive rate. Usually, when dopamine discharges, it is reprocessed back into the cell that distributed it. Yet, when one administers cocaine, the substance blocks the “feel-good” hormone to be recovered and used again, preventing the brain’s communication system from progressing. Conforming to the National Institute on Drug Abuse, when the brain becomes overwhelmed with dopamine, the reward circuit begins to adapt to the increased hormone levels and subsequently less responsive to it. This behavior is what causes people to become addicted and obsessed with the fine illicit powder, as well as what gives them the motivation to administer higher dosages of the substance.

When snorting cocaine, the time it takes for the substance to absorb and reach the brain is approximately 1 to 5 minutes. As a result, its effects will peak between 20-30 minutes, then diminish with the hour or two. After injecting the powder into the bloodstream, it takes an estimate of 15 and 30 minutes to absorb. Making the effect (s) of the drug lasts roughly between 20 and 60 minutes.

Deriving from its original form of cocaine, then mixes with water and baking soda (or another substance), the illicit material, crack cocaine, is known to be compelling. The drug gets its name from the form that it is reflecting. Rocks or fragments of it. According to the Independent Scientific Committee on Drugs, crack is ranked number one in drugs that are life-threatening to the users and third in drugs that are dangerous to others (impact on crime and socioeconomic effects).

The appearance of crack typically resembles that of rocks or broken pieces of firm forms.

Since the drug regularly sells on the streets, it goes by a list of various names. Such names include Cloud, 8-ball, Rock, Hard rock, Jellybeans, Nuggets, Dice, Cookies, Crumbs, Snow coke, Candy, and Hail.

On account of crack cocaine being formed by boiling the mixed substance and the finished product resembling rocks, crack is handled by smoking the material. Also, the reason the substance is heated is to produce vapors that are inhaled by the lungs,

Coherent to the information collected by the National Household Survey on Drug Abuse, approximately 6,222,000 U.S. citizens, ages 12 years old and up, practiced the habit of using crack at least once in their life. During the assessment, 150,000 students between the ages of 12 and 17 used crack cocaine. Also, 1,003,000 young adults used illicit substances between the ages of 18 and 25.

Impacts and Effects of Crack

Once crack is processed via smoking, the time it takes for the substance to absorb and reach the brain is instant. However, the effects of it will only last between 30 and 60 minutes. Because the time of effect if immediate, after absorption, practicing this behavior can lead the said individual, who is using, to developing cycles of binging and crashing. Thus, making them become physically dependent on the said substance.

Risks of Overdose and Sentencing

Furthermore, according to the National Library of Medicine, whether it is the original form or the derivative, the number of cocaine overdoses is continuously increasing. To get an idea of the number, in 2016, the Center for Disease Control and Prevention found that 17.6% of deaths within the year resulted from cocaine overdoses. Now, a factor that could play a role in the increasing numbers of cocaine overdoses is how accessible the substance (s) is. For example, as mentioned before, the primary purpose of crack cocaine is to offer a more affordable stimulant solution to those who cannot afford the original cocaine substance.

Before 1986, cocaine and crack were equal according to civil law. Then came the Anti-Drug Abuse Act of 1986, which then required a minimum of 5 years sentencing for first-time offense possession of 5 grams of crack. The sentencing was the same for a first-time offense of possessing 500 grams of cocaine. Thus, initiating the unreasonable proportion sentencing of 100:1, indicating that it took 100X the cocaine, like crack, to receive 5-year sentencing.

Passing the Anti-Drug Abuse Act of 1986 caused many African Americans to become prosecuted for possessing as little as 5 grams of crack. Because of the socioeconomic status, crack cocaine was more accessible and affordable to those residing in low-income households.

After the Fair Sentencing Act of 2010, the 100 to 1 disparity diminished to 18 to 1. It was fitting, for the adjusted crack-to-powder-cocaine fraction, levying the quantity to execute equal sentencing better.

In summary, crack users are more at risk for prison time because of the drug is affordable and always readily producing, compared to the pure and original form.

Distinction Between the Two

Though there many similarities between the two illicit drugs, the two substances are both unique. For example, the most notable difference between cocaine and crack is their appearance. Cocaine is a natural, refined, and a purer substance, whereas crack resembles that of a rock. It is a solid substance that has a higher addictive rate than its derivative. In terms of their effects, the two are similar if not identical, in that aspect.

Another significant difference between the two illicit drugs is that crack is more affordable and accessible than cocaine. The reason for this happening is because many people cannot afford the first-class rated white powder. Therefore, they chose the rocky substance because of its low costs and made around the clock.

Nevertheless, the rates of cocaine addiction are on climbing. Whether it is in the form of white powder or fragments of rocks, illicit drug addiction must end. In conclusion, if we continue to rely on and look to drugs that will damage how and what we human beings were initially programmed to be and do, we might as well say we are robots looking for a virus to corrupt and error our system. Drug and substance addiction is nothing to laugh at or meant to mock. It is life-threatening. Now you have everything you need to know between crack vs cocaine.

Please, if you or someone you know is suffering from or partaking in addiction, please call us at 405-583-4390. Do not hesitate to reach out for help or more information. Let us help before it is too late. 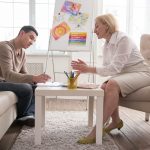 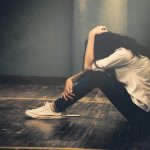