When you send your child off to college, you hope for the best classes, education, and social experience. That “social experience” may include the Greek life – joining a fraternity or sorority. Perhaps your most significant concern is the lure of drinking that faces your college freshman, and rightly so. Unfortunately, harmful and underage college drinking are significant public health problems, and they exact an enormous toll on students’ intellectual and social lives on college campuses. Research indicates that students who come to college with a prior drinking history may seek out venues for continuing this behavior in college, as indicated by the variable of high school binge drinking being the best predictor of Greek life drinking.

For information about alcohol awareness for college students, please call us at 405-583-4390. We can help you address Greek life and alcohol with your college-bound teen before, or after, they head off to college.

Although the majority of students come to college with some experience with alcohol, the casual lifestyle of Greek life and fraternity/sorority living can intensify the problem. Continue reading to learn more about the dangers of binge drinking.

College drinking affects millions of students every year. However, the college years are some of the most popular times to experiment with alcohol. Roughly 80% of college students – four out of every five – consume alcohol to some degree. In addition, about 50% of those students engage in binge drinking, which is when a person consumes excessive amounts of alcohol quickly.

For instance, for men, binge drinking involves drinking five or more alcoholic beverages in two hours; binge drinking for women is usually four or more drinks within two hours. Binge drinkers who consume alcohol at least three times per week are roughly six times more likely than those who drink but never binge to perform poorly on a test or project. As a result of drinking (40% vs. 7%) and five times more likely to have missed a class (64% vs. 12%).

As a result, college Greek life students self-report high binge drinking rates and experience more alcohol-related problems than students who are not members of the Greek system. Moreover, alcohol use is commonly viewed as the “college experience” that students desire. They want to fit in and make new friends, so they drink without thinking about the potential consequences involved. Rather than drinking to socialize, an increasing number of young adults are drinking to get drunk.

Furthermore, college students have started consuming more hard liquor than beer within the last couple of decades. Since liquor has one of the highest alcohol percentages by volume, it takes fewer drinks to feel its effects. Additionally, the end goal for some is to drink as much as possible or blackout. These outcomes are hazardous and can lead to life-threatening effects, such as alcohol poisoning.

The Dangers of Binge Drinking

Health problems associated with binge drinking, for example, include:

For instance, here are ten tips for college students before they head off to college and Greek life, to keep themselves and others safe:

If you are concerned about your child or would like more information, then please reach out to us today. Our experts are standing by and are ready to help you in any way we can.

Although most students come to college with some experience with alcohol, certain aspects of college life can intensify the problem. For example, these aspects include:

However, college students have higher binge-drinking rates than their non-college peers. Even in college, friends, the media, and social platforms exert a great deal of pressure. In addition, students attending schools with robust Greek systems tend to drink more than students at other types of schools. In terms of living arrangements, alcohol consumption is highest among students living in fraternities and sororities and lowest among commuting students who live with their families.

For instance, some common reasons why college students drink:

Drinking on campus affects college students, their families, the campus Greek system, and college communities at large. In fact, the first six weeks of freshman year are a vulnerable time for heavy drinking and alcohol-related consequences; students who join a fraternity in their first year significantly increase their drinking and alcohol-related consequences compared to those who do not enter. In addition, up to 62% of sorority members admit to drinking heavily compared to only about 41% of college women, not in the Greek system. Excessive college drinking can lead to abuse of other substances and encourage engagement in risky behaviors. A disproportionate amount of alcohol-related deaths within fraternities occur to first-year students. In fact, of the 24 fraternity-related freshmen deaths since 2005, 15 occurred during or after recruiting events, hazing, or initiation rituals.

The ramifications of drinking on the health and well-being of college students are serious. For example, they can include:

However, other consequences include suicide attempts, blackouts, injuries, unsafe sex or regretted sexual experiences, vandalism, damage, police involvement, and driving under the influence. Thousands of college students are transported to the emergency room each year for alcohol overdose, which occurs when high alcohol levels suppress the nervous and respiratory systems. The body struggles to rid itself of toxins produced from the breakdown of alcohol. For instance, signs of this dangerous condition can include: mental confusion, stupor, coma, or the person cannot be roused; vomiting; slow or irregular breathing; hypothermia or low body temperature; and bluish or pale skin.

Do not suffer the consequences of binge drinking alone. If you are struggling with alcohol addiction then please reach out to us today. Our trained professionals will be able to guide you to getting the help you deserve.

To summarize, successful efforts to improve the understanding of how to address the persistent and costly problem of harmful and underage student drinking involve various strategies. These strategies target individual students, the student body as a whole, and the broader college community. Individual-level interventions target students, including those in higher-risk groups such as first-year students, student-athletes, and members of Greek organizations. They are designed to change students’ knowledge, attitudes, and behaviors related to college drinking to drink less, take fewer risks and experience fewer harmful consequences. For example, categories of individual-level interventions include:

Environmental-level strategies target the campus community and student body as a whole and are designed to change the campus and community environments in which student drinking occurs. Often, an important goal is to reduce alcohol availability because research shows that reducing alcohol availability cuts consumption and harmful consequences on campuses and the general population.

The National Institute on Alcohol Abuse and Alcoholism’s CollegeAIM guide (College Alcohol Intervention Matrix) rates nearly 60 alcohol interventions regarding effectiveness, costs, and other factors. The most effective interventions in CollegeAIM represent a range of counseling options and policies related to sales and access. After analyzing alcohol problems at their schools, school officials can use the CollegeAIM ratings to find the best combination of interventions for their students and budgets.

Lastly, research shows that college students who choose not to drink often do so because their parents discussed alcohol use and its adverse consequences with them. We can help with these conversations with your college-bound teen. Call today to talk to one of our trained counselors, 405-583-4390. 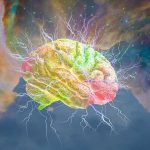 What Are Some Effects of Alcohol on Critical Thinking? (And Your Brain)Alcohol Abuse 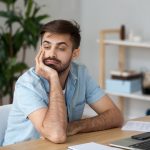 What Are the Effects of Combining Weed and Alcohol? [Guide]Alcohol Abuse, Drugs