Millions of people are affected by drug addiction all over the world. The types of drugs that are most commonly misused are hallucinogens, marijuana, heroin, psychotherapeutic, and cocaine. The rehab statistics also show the rate of illicit drug and alcohol use among people of different ages. It also displays the number of people aged 12 or older who have received treatment for substance abuse. If you or someone you know is abusing drugs and is in need of help, there are affordable treatment options available.

The number of people aged 12 or older who have received treatment for substance abuse:

As you can see from the rehab statistics above, drug and alcohol use get worse with age. As children start out using small amounts, their ability to acquire the drugs (and their tolerance to those drugs) increase. While some children stick with marijuana or alcohol – which are more socially acceptable substances, others move on to harder drugs like cocaine and heroin. This drug abuse can quickly spiral out of control if left untreated

If you or a loved one has a substance abuse problem, reach out to us because it is important to get help as soon as possible. Rehabilitation Treatment Care has a wonderful network of treatment centers, rehab facilities, and resources available to individuals suffering from addiction and their families. Contact us in order to speak with a specialist who can help you or a loved one get the treatment for addiction. 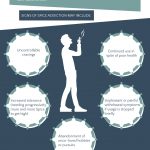