What Are the Effects of Combining Weed and Alcohol? [Guide]

After a long day at the office, people typically want nothing more than to put their feet up and flip on the T.V. Most people desire to feel-good and laid back after working long shifts, studying, attending classes, or going to practice.  Some people go the extra mile when seeking release that they go as far as getting drunk and high with their buddies on the weekend, later that night, or by themselves.

People should enjoy themselves more often, rather than stress their days away. They should find some form of release instead of letting the stress, worry, anger, or sadness build up inside them. At some point, it will be too hard to keep in all of the pent up feelings. However, if alcoholic substances or psychoactive drugs are needed to feel carefree, then one should expect to pay the price, one way or another.

Using weed and alcohol as a form of release is a favorite practice among the United States population, especially in students and young adults. Still, everything comes at a price. How much someone uses the two substances determines whether the price they pay is the loss of ability, their mind, or their life.

If you or someone you know and love is suffering from excessive use of alcohol, weed, or both, then please call us at 405-583-4390. Do not lose hope! We are here to help.

Continue reading below for more information about what happens when someone combines weed and alcohol. If you require additional assistance, then please call us today.

The Essence of Alcohol

Alcohol itself is an addictive substance. The concentration of alcohol determines if it is best suitable for consuming or cleaning. Also, it is the most socially acceptable substance on the market. As a result, alcohol is easily abused. Most people are not aware of their unhealthy habits with alcohol until their life hits rock bottom, or someone points out their problematic behavior.

Consuming too much alcohol can cause damaging effects. Unfortunately, alcohol is known to damage many of the human body’s organs, including the brain, liver, heart, pancreas, and immune system.

Brain – When consuming too much alcohol, it begins to inhibit the brain’s transmission routes. Therefore, altering the manner of the brain’s function and appearance. These disturbances are what cause the user’s behavior and mood to shift. Thus, making it difficult to maintain balance and process information.

Liver –  Heavy drinking is known for the toll it takes on the liver. Depending on the damage that is inflicted on the liver, many varying health problems could appear. These issues include fatty liver, cirrhosis, fibrosis, liver cancer, liver failure, and alcoholic hepatitis.

Heart – Drinking alcohol over a long period, or drinking too much on one occasion, can damage the heart in more ways than one. Problems that could potentially develop include cardiomyopathy, the abnormal beating of the heart, and hypertension. Those who drink routinely also increase their chances of suffering from a stroke.

Pancreas – Though alcohol can inflict various damage on the pancreas, the most infamous harm it is known to cause is pancreatitis. Pancreatitis means is inflammation of the pancreas.

Immune System – If someone drinks too much alcohol, it can negatively affect their immune system, making them vulnerable to disease and infections. Those who are frequent drinkers are at a higher risk to contract a lung infection, such as pneumonia and tuberculosis.

According to the National Institute on Drug Abuse, marijuana is the most commonly used psychoactive drug in the United States, after alcohol.

Tetrahydrocannabinol (THC) is the prime ingredient that is responsible for the user’s “high.” After smoking, the mind-altering substance THC travels directly to the bloodstream through the lungs. As a result, it makes its way to the brain and other organs in the body. Once the brain absorbs the chemical, its effects begin to appear. Next, THC begins to overwhelm certain areas of the brain that are responsible for varying functions. These functions can include movement, judgment, coordination, memory, and sensations. For example, the varying effects of marijuana include mood shifts, memory impairment, weak gross motor skills, delusions, and having trouble processing information.

In addition to the temporary damage that weed can inflict, there are some lasting effects when continuously using the mind-altering substance. The primary organs that are affected include the lungs, heart, and the GI Tract.

Lungs – Among the organs affected by smoking weed, the most damage is done to the lungs. When inhaling the fumes of the substance’s smoke, it aggravates the lungs. However, this causes those who smoke weed regularly to develop breathing problems. These issues can include recurrent lung infections, regular coughing, and mucus.

Heart – After smoking marijuana, the user’s heart rate increases for up to three hours. Unfortunately, this increases their chances of suffering from a heart attack.

GI Tract – Those who frequently use weed may experience severe nausea and vomiting. This is called Cannabinoid Hyperemesis Syndrome. This syndrome is known for its bouts of vomiting. As a result, individuals may suffer from severe dehydration.

Like many other psychotropic drugs, marijuana affects one’s mental state. These effects include experiencing short-term illusions, transient psychosis, and aggravating markers for those who have schizophrenia. Schizophrenia is a  brutal disorder that affects how a person behaves, thinks, and perceives.

No one needs to suffer these effects alone. If you, or someone you love, are suffering then contact our professionals today. We can help you start living your best life.

Now, both alcohol and weed can stand on their own as substances that can cause great damage to the person consuming them. What happens when one mixes the two?

In fact, the two substances have similar effects on the body and mind. Unfortunately, this causes most people to see no harm in combining the two. However, because the two substances are similar, they can increase each other’s impacts and produce an unfavorable response. The result of using weed and alcohol at the same time can be dangerous. For instance, the side effects can include:

Likewise, combining alcohol and weed is a common activity for people between the ages of 18 and 29. According to the U.S. National Survey of Drug Use and Health, approximately 50% of those who are 12-years and older drink alcohol. In addition, nearly 9% of those people partake in marijuana use as well.

Swapping weed and alcohol for one another seems like a rational decision, especially when trying to cut back on alcohol or marijuana usage. Though the theory and practice are controversial, many people believe swapping alcohol for marijuana is beneficial for those who suffer from alcohol dependency.

Those who favor the idea of substituting alcohol for weed are often quick to direct their argument towards those who suffer from alcohol addiction. Many claims that alcohol withdrawal enduring effects could become less intense if patients were allowed to dabble with marijuana while gradually weaning off alcohol. Others incorporate their theory in the debate by stating that some marijuana characteristics prove beneficial to one’s health, unlike alcohol. For instance, marijuana has medically and scientifically proven to induce muscle relaxation, help manage nausea, weight loss, treat glaucoma, and alleviate and control chronic pain.

Moreover, just as some support the use of marijuana, there are many who oppose it. For those who oppose the idea of substituting alcohol for weed are swift to bring up the dependency, specifically marijuana dependency. Think about it. If someone was obsessed with a substance and wanted to lessen their usage of the said substance, why substitute it with another? Studies suggest that approximately 30% of those who use marijuana, or weed, develop a form of cannabis disorder. Dependency being one.

Another thing that many who oppose marijuana use claim is the reduction level it has on receiving coherent treatment. According to evidence, a 2015 study concluded that using marijuana essentially interferes with recovery efforts in terms of alcohol addiction. During the study, researchers found that regular use of marijuana reduces a person’s chances of attaining complete abstinence from any other drug or alcohol usage. Let us help you live the best sober life you can. Our trained experts will be able to provide you with the resources you need to start your road to recovery.

There are treatment options for those who excessively use weed and alcohol. For example, these treatments include varying forms of behavioral therapy, residential treatment, medicine, and medical devices.

Cognitive-behavioral therapy is primarily used to help the patient become aware of their substance triggers. Because they can learn how to best avoid and cope with situations that they are most likely to abuse the substance they are recovering from.

Motivational interviewing primarily makes the most of the patient’s eagerness to enter treatment and ultimately works toward changing their behavior.

The motivational incentive is the practice and use of positive reinforcement to better encourage the patient, to pursue sobriety from drugs, alcohol, or both.

Multidimensional family therapy is largely used for adolescents and their families who are experiencing substance abuse dilemmas. This form of behavioral therapy mainly focuses on a range of influences on the child’s and family’s substance abuse patterns. However, they can create a recovery treatment plan that best suits the family’s functioning.

Residential treatment can be highly effective in treating people who suffer from weed and alcohol abuse. It involves having certified housing treatment facilities that provide 24-hour regulated and thorough care for the patient. In addition, this includes medical care and reliable housing. Though residential recovery facilities can range from their restorative approaches, they all share a common goal. That is to help the patient adapt to living a substance-free life after recovery.

Furthermore, using medications helps reduce cravings, avoid relapse, and, ultimately, restore some functioning of the patients’ brain. However, many people who suffer from severe substance abuse often require other treatment forms besides medicine.

No one should have to compromise their health and future just to feel relaxed and carefree. The cost is too much, and the risks are too high. If you or someone you know and love is suffering from excessive use of alcohol, weed, or both, then please call us at 405-583-4390. We are here to help. 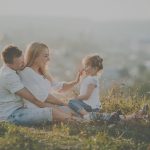 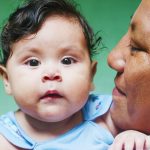