Effects of Heroin on the Brain

Heroin is one of those substances that can be really hard for people to stop using. It is incredibly addictive by nature and has seen a growing number of users across the United States. The reason for this is how heroin actually manipulates the user’s brain. Just like with other drugs, as a person uses more and more, the brain changes its physical and chemical chemistry. This article will explain the effects of heroin on the brain, highlighting the short-term and long-term effects, the areas of the brain that change and the properties heroin has that causes these changes.

Heroin has ruined many lives because of these changes. It is essential that people understand the dangers of it.  If you or a loved one is suffering from heroin abuse, please call 405-583-4390 to speak with an addiction specialist about getting treated.

Click on the section below you want to read.

Short-Term Effects on the Brain

The brain can change almost instantaneously when a person begins to use heroin. When a person uses heroin, there is an intense euphoric feeling they will begin to experience. This will happen shortly after the person uses it. When heroin moves through the body and travels into the brain, it transforms into morphine which then attaches itself quickly against a person’s opioid receptors. The intense high can also bring on extreme feelings such as nausea or vomiting.

When the effects wear off the person will enter a drowsy state almost as if they are half asleep. Their heartbeat and breathing become slower as this happens. This is because heroin suppresses the central nervous system of the user. This will last up to several hours. During these several hours, a person will be at risk of respiratory failure. The person’s body essentially goes on autopilot losing all conscious control.

The brain is also at risk of shutting down completely. Users could go into a coma or have permanent brain damage even after a single-use. This will leave the person in a vulnerable state if this is the case, and unfortunately, it can lead to death. The person’s short-term memory will also get affected by the use of heroin. After they regain consciousness after a heroin trip, they may not remember what happened, what they were doing, or where they even are. Really the entire body is at risk even in the short-term process.

Opioids when taken can block pain receptors to the brain, so that people could harm themselves with knowledge. Opioids will also reinforce drug-taking behavior, so even after they have finished a heroin session, a person may be eager to take it again as soon as possible.

Long-Term Effects on the Brain

The long-term effects of heroin on the brain can significantly hinder a person. An individual who regularly uses heroin will create an imbalance in their brains on a neural and hormonal level.  Some studies have indicated that when analyzing a heroin addict’s brain they have seen a deterioration of white matter. The loss of white matter can obstruct a person’s decision-making, regulating their behavior, and how they respond to stress. Unfortunately, damages to these parts of the brain cannot be easily reversed.

Depending on the person’s years of usage and dosage, these long-term effects may in fact be permanent. A person will end up building more of a tolerance to heroin making them use more and more to achieve the same effects. Ultimately, these long term effects will have consequences to a person’s job and personal relationships. A person may lose their job due to their hindering performance. A person may also lose their loved ones because they have been consumed by their addiction.

Heroin can also lead a person in contracting other health ailments that will end up affecting the brain. One of the ways in which people use heroin is by injecting it with a needle. Sometimes users will share needles with each other, causing the possibility of diseases to spread. HIV and hepatitis spread from person to person. These diseases can cause inflammation in the brain causing a person to cause confusion and forgetfulness, not to mention the other more serious ailments.

As with many substances, long-term heroin users will subject themselves to a possible overdose. In 2018 alone, 67,300 Americans had died from a heroin overdose. Treatment is the only option a person has before it can be too late.

Regions of the Brain Affected

There are three main areas of the brain that are affected by heroin which are: the amygdala, basal ganglia, and prefrontal cortex. The amygdala is responsible for producing emotions. The amygdala will produce emotions such as fear, stress, and anxiety for a heroin addict when they are not using it. So in turn a heroin addict will try to get high as much as they can to avoid these feelings. The basal ganglia is an area of the brain that helps with motivation and building habits. This part of the brain is where the human reward system is located.

What happens when a person takes heroin or any sort of drug for that matter, is that the sensitivity for the reward system deteriorates. For an addict, the only time they get the feeling of a rewards system is when they use drugs, and it is extremely difficult for them to feel this way sober. The prefrontal cortex is responsible for a person’s critical thinking skills. These critical thinking skills could be decision-making, planning, problem-solving, and self-control. When a person loses the ability in their prefrontal cortex, it basically doesn’t allow them to function in any way, whether that be having a job, taking care of family, driving, etc.

Medical experts have found just how dire heroin can be when comparing the brains of addicts to those that don’t use it.  A 2005 study examined those who did heroin were three times more likely to have brain damage and that their brains were similar to that of older people, with damage comparable to someone with Alzheimer’s. With this being said, a heroin addict is increasing the rate of brain deterioration to those who were born decades before them.

How Heroin Attacks the Brain

What makes heroin do what it does really comes down to just how powerful it is.  Going back to the human reward circuit mentioned earlier, when a person uses heroin, some people say it’s like being “hugged by Jesus.”  They say this because there is no pain, in both the physical and psychological components of the person.  It’s a feeling that can’t necessarily be replicated. So much so that a person is not really interested in anything else apart from using heroin. The endorphins and dopamine will flood the person’s brain.

The brain will get so used to this high surge of feel-good chemicals that it will almost be unable to produce any when the person is sober. In essence, that is the substance trap. The person will be unable to detach themselves from heroin and it will be like that they can’t even imagine what life can be like without it.

It can be scary what heroin can do to the brain. It is one of the few drugs that after a single use a person could be hooked. Withdrawals can be incredibly hard to overcome for some heroin addicts. These withdrawals can lead to physical and psychological pain since the body is trying to cope without heroin. Supervision will be required for any person trying to get off heroin. Even treatment can be difficult and can last a long time for a heroin addict.

It is stated by experts that recovery from heroin can take anywhere from six months to twenty years. Relapse is also common even if a person begins treatment. A person can relapse many times over before they actually are able to achieve sobriety.  Recovery can be so severe that some people will have to remain on medication for the remainder of their lives.

Even though the effects of heroin use can be detrimental it can be treated. The proper care at a rehab facility can customize a recovery program for each and every substance abuse addict. There are a variety of programs that an addict will go through that will teach them the ways to remain sober. These programs will also provide different kinds of therapies, including individual therapy, group therapy, and/or family therapy to help them better understand what is triggering their heroin addiction.

The addicted person will be able to connect with other people going through substance addiction and be able to build lasting relationships. The goal of every rehab recovery center is to educate the addict on how drugs affect the brain, body, and the overall aspect of a person’s life. Recovery centers make it a point to treat patients with compassion and care. No one is going to be judged because they have an addiction. Rehab centers have a track record of giving their patients affordable and effective treatment, where many people go off to continue living clean and sober.

Don’t ever think that your addiction can’t be treated, even if you have a heroin addiction. If you or a loved one is suffering from heroin abuse please call 405-583-4390 to contact an addiction specialist about getting treated. 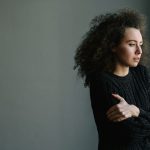 How do I Stop My Child from Using Inhalants?Drug Addiction 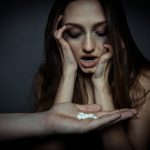 What Happens During a Painkiller Overdose?Drug Addiction