HOW CAN I MANAGE THE WITHDRAWAL SYMPTOMS OF COCAINE?

Depending on how severe your addiction is, you can choose to detox at home or at a treatment center. Some short-term cocaine users may be able to manage their withdrawal symptoms at home. Although, for long-term users with severe addiction and symptoms, it would be best to get professional assistance with the process.

Withdrawal symptoms may include fatigue, agitation, restlessness, depressed mood, increase appetite, overall discomfort, and more. Side effects can include paranoia, psychosis, suicidal thoughts, or severe depression. The severity of the addiction can also give you an expectation of how long the process will take. The longer the use of cocaine, the longer you might experience the symptoms. Although, cocaine users may go through the detox is a shorter time than most of the other drugs.

During detox, it is important for you to take good care of yourself, physically and mentally. It can be helpful to eat healthily, exercise regularly, and sleeping enough. Surround yourself with supportive people who can help you along the way. This can also mean speaking with a medical professional, who can advise you. If you decide on getting detox treatment, you can participate in a social or medical detox. In social detox, you will be monitored by a specialist and receive social support without medication. If the symptoms worsen, you will switch to medical detox where you will receive medication to ease the symptoms.

Freebasing cocaine is getting the drug at its solid or base form. The process of this is to use ammonia to extract the base and free it from its naturally found salt form. It converts the powdered cocaine into its sulfate cocaine, making it pure which is what people call “crack.” The name comes from the crackling sound people hear when they smoke it. Other names include chips, chunks, or rocks. Cocaine users freebase to be able to smoke the drug easier, and the effects are almost immediate. The user will feel the high quickly, but the euphoric effects do not last long and soon after the crash will follow.

WHAT IS COCAINE PSYCHOSIS?

Cocaine, along with otter drugs like cannabis and hallucinogens, has the ability to cause mental health issues. These drugs can also worsen mental illnesses when they pre-exist drug use. When there are pre-existing conditions, it can be difficult to separate the symptoms that come from the illness from the ones the drug causes. Long-term use of drugs can cause psychotic symptoms that can lead to schizophrenia and bipolar disorder. These effects can last until stopping the use of the drug but for some people, they continue for years after. Long-term use of the drug can also contribute to memory loss and issues with concentration.

Psychosis symptoms to look for include:

Medicaid and Medicare each cover a different group of people. Medicaid covers anyone of any age who meets the income requirements. Medicare covers people ages 65 and above or with a disability. Medicaid is typically free, except for a small fee in some states, while Medicare charges a premium and may require deductibles or coinsurance. Medicaid covers basic health care, long-term care, prescription drugs, and other health services. Medicare covers medical services when necessary, which can include hospital care and prescription drugs.

CAN COCAINE CAUSE DEPRESSION?

As mentioned before, cocaine can cause psychosis along with psychiatric symptoms, disorders, and syndromes. This can lead to suicidal and homicidal thoughts, as well as agitation, hallucinations, delusions, violence, and paranoia. In a study of 749 suicide cases in New York City, about 18 to 22 percent of cases involved cocaine. Long-time cocaine users may feel depressed which can often lead people to suicide when not treated.

THE CONNECTION BETWEEN COCAINE AND DEPRESSION

For A Loved One

WHAT ARE THE SIGNS OF COCAINE USE?

If you suspect your loved one is using cocaine, it can be significant to know the signs so you can observe and learn how to better help them. Cocaine use may not show too much in the person’s appearance, except if they look malnourished, but the other signs can still help you find out if they are using.

SIGNS OF COCAINE USE

WHAT KIND OF LONG-TERM DAMAGE DOES COCAINE DO?

Long-term use of cocaine can affect the reward pathway in the brain, making it less sensitive to natural reinforcers. These reinforcers can include food, hobbies, and other things. Cocaine increases the sensitivity in circuits involving stress, which can lead to an increase in negative moods and displeasure. These two effects are also known as signs of cocaine withdrawal and can lead the person to seek out the drug instead of natural rewards.

When a person uses cocaine for a long time, they may develop a tolerance and will have to increase their intake or frequency to get the same effects as before. However, the user can also develop sensitization where using a small amount can cause convulsions, anxiety, and other effects. Both tolerance and sensitization can increase the chances of health risks including overdoses. Additional effects include irritability, panic attacks, paranoia, restlessness, and cocaine psychosis.

Snorting cocaine can lead to damaging the nose which can cause issues with smell, nosebleeds, and other related issues. People who smoke cocaine can cause damage to their lungs and worsen asthma. Those who inject cocaine in their arms or other places can get infected with HIV or hepatitis C. Cocaine use can also cause a severe allergic reaction and when not treated, the person may possibly die.

In addition, cocaine can damage multiple organs. For example, it can lead to issues in the gastrointestinal tract and reduce the blood flow. It can cause extreme weight loss and malnourishment in people who lose their appetite when using cocaine. The drug can cause problems in the cardiovascular system, especially in the heart. The longer the person uses cocaine, the higher the chance of having a stroke, seizure, along with other risks. The best way to avoid the long-term damages of cocaine is to quit using it.

WHAT OTHER KINDS OF DRUGS ARE USED WITH COCAINE?

Although mixing drugs and substances together can be extremely dangerous, some people still do it. Cocaine users may sometimes combine it with alcohol, opioids, MDMA, and antidepressants. Mixing cocaine with other substances can come with many consequences.

IF I BUY COCAINE FOR MY LOVED ONE, CAN I BE ARRESTED?

When caught possessing any amount of cocaine, federal and state laws consider it a crime, so you can be arrested. If you possess crack cocaine you may face heavier penalties. Even if you are not the person using the drug, you are the one in possession of it, therefore you will be charged for it. A person arrested with no prior convictions, by federal or state, and with the first offense of cocaine possession may receive a sentence of no more than a year in prison. They may instead be fined with more than $1,000 or with the possibility of both being sent to prison and being fined.

WHAT IF MY LOVED ONE DOESN’T SEEK HELP FOR COCAINE?

Agreeing to accept or seek help can be difficult for a drug user. They may feel ashamed or scared or they might not even know they have an issue. You can have a conversation with your loved one to bring the issue to light. Beforehand, you can learn more about addiction and treatment options to better help the person.

Since every person is unique, their treatment program should also match their needs. For people with mild addiction or in search of a short-term option, 30-day programs may work for them. A 60-day program can be good for moderate addiction and those who want a middle-ground between short and long-term. 90-day, along with other long-term programs, are considered very effective with all levels, especially severe addiction. Patients can participate in inpatient and outpatient facilities. Inpatient can work well for people who need 24-hour medical assistance and want to live in the facility during their treatment. Outpatient is intensive, so it is not recommended for severe cases but does give patients the flexibility to get treated but continuing living at home. The patient can attend treatment a few days a week and still be able to tend to their responsibilities. For more information, please call us at 405-583-4390. We are here to help.

We are here to help

Do you have addiction related questions? Or, Start rehab today for yourself or loved one. 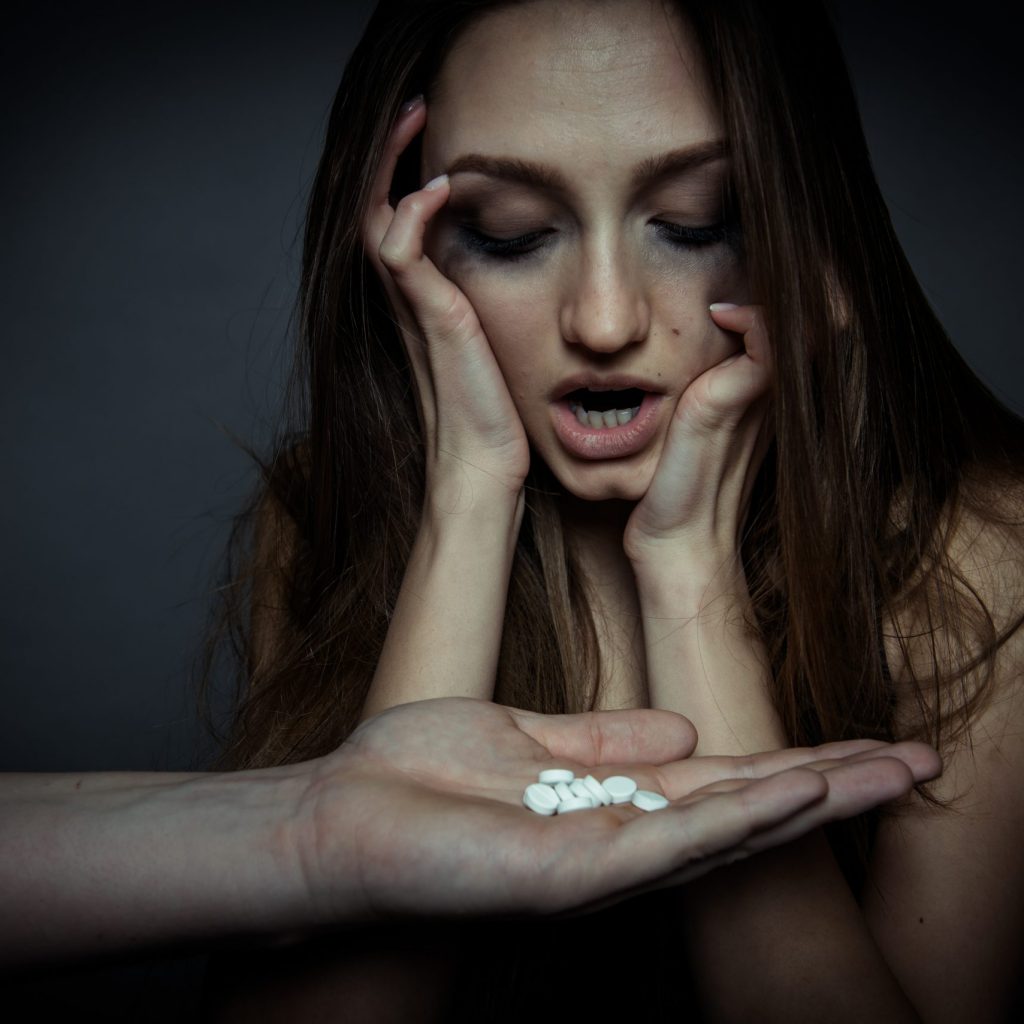 What Happens During a Painkiller Overdose?

A painkiller overdose can happen easier than you think. All it takes is one occurrence of ingesting a large number of pills in one sitting to do it. An overdose on painkillers can be accidental and quite terrifying. It is important to know the signs of painkiller overdose for yourself and family members if there is ever an emergency.   [...] 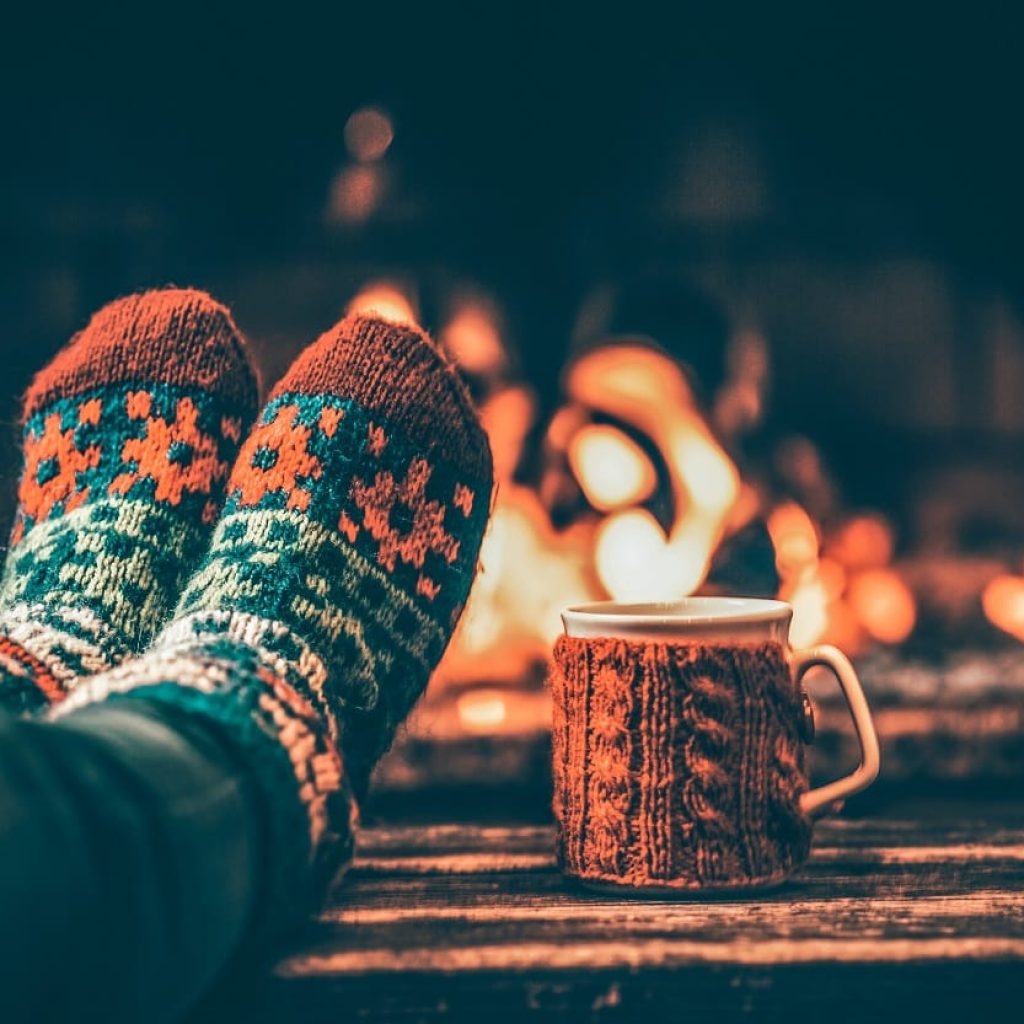 Staying Sober During the Holidays

The holidays are a time for family, celebration, and gratitude. Unfortunately for those that battle addiction, they are also a time of indulgence for many people, and this means extra challenges for those staying sober during the holidays.  Alcohol and other intoxicants are popular holiday staples, and it can be hard to enjoy the moment without risking your [...] 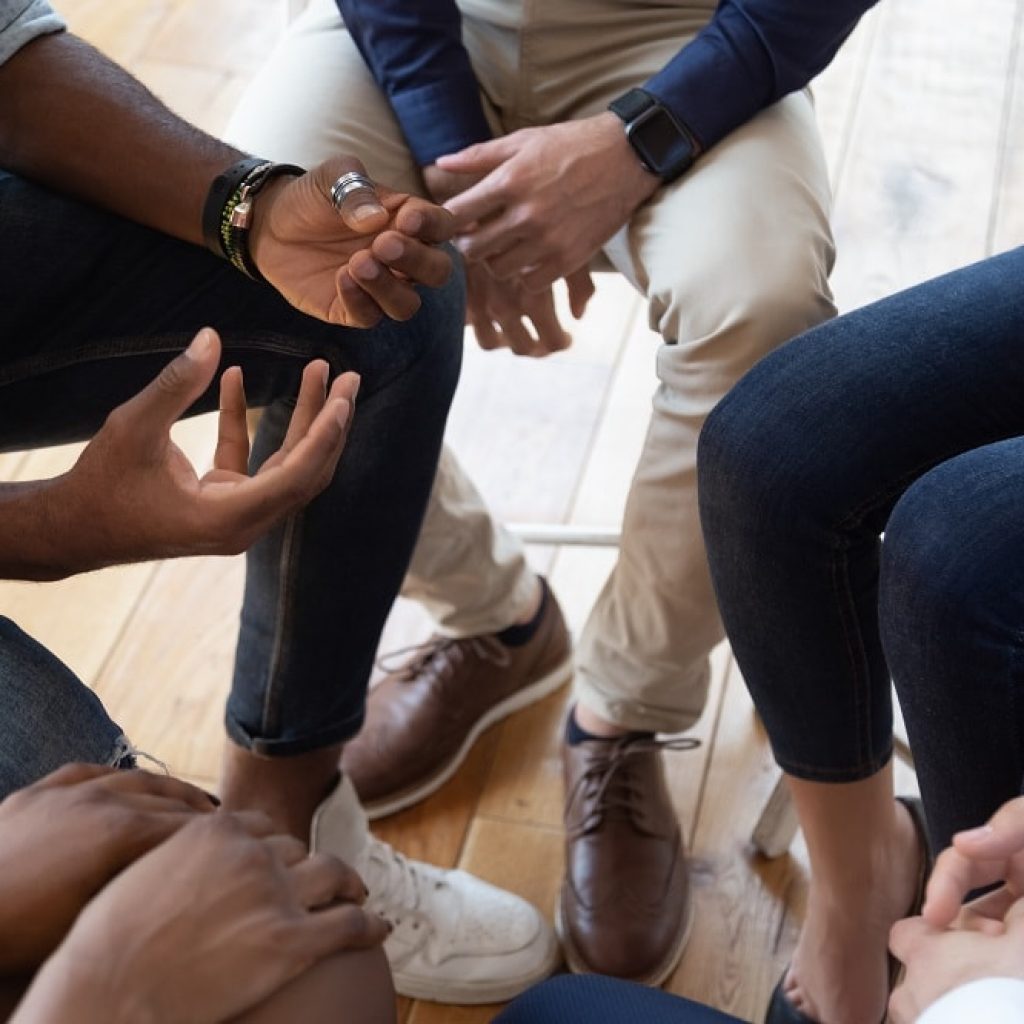 Effects of Heroin on the Brain

Heroin is one of those substances that can be really hard for people to stop using. It is incredibly addictive by nature and has seen a growing number of users across the United States. The reason for this is how heroin actually manipulates the user's brain. Just like with other drugs, as a person uses [...] 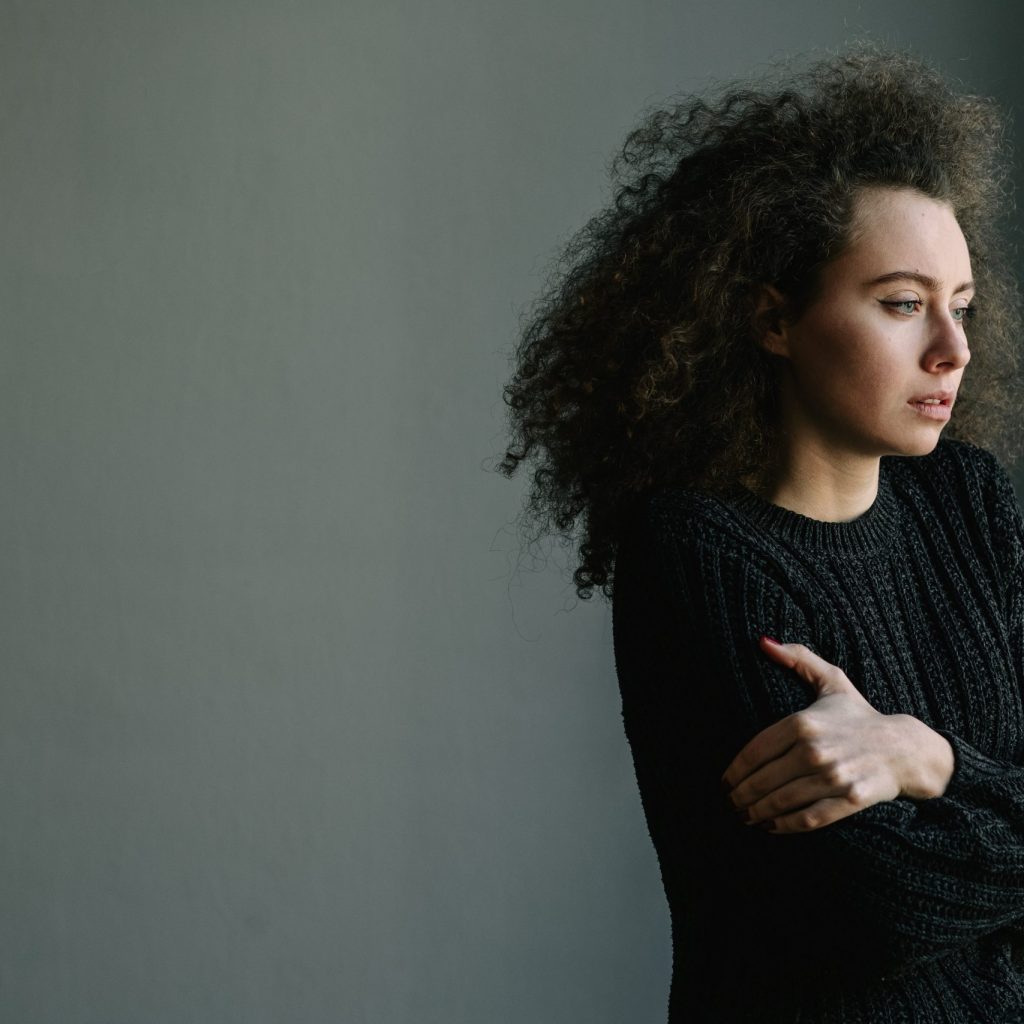 How do I Stop My Child from Using Inhalants?

Sometimes, you may notice that your teenager, seems distant and can't seem to focus on the world around them. Certain individuals may be going through a personal situation that demands their attention, but others might be under the influence of an addictive substance. There has been an increase in teens using inhalants to get high. [...] 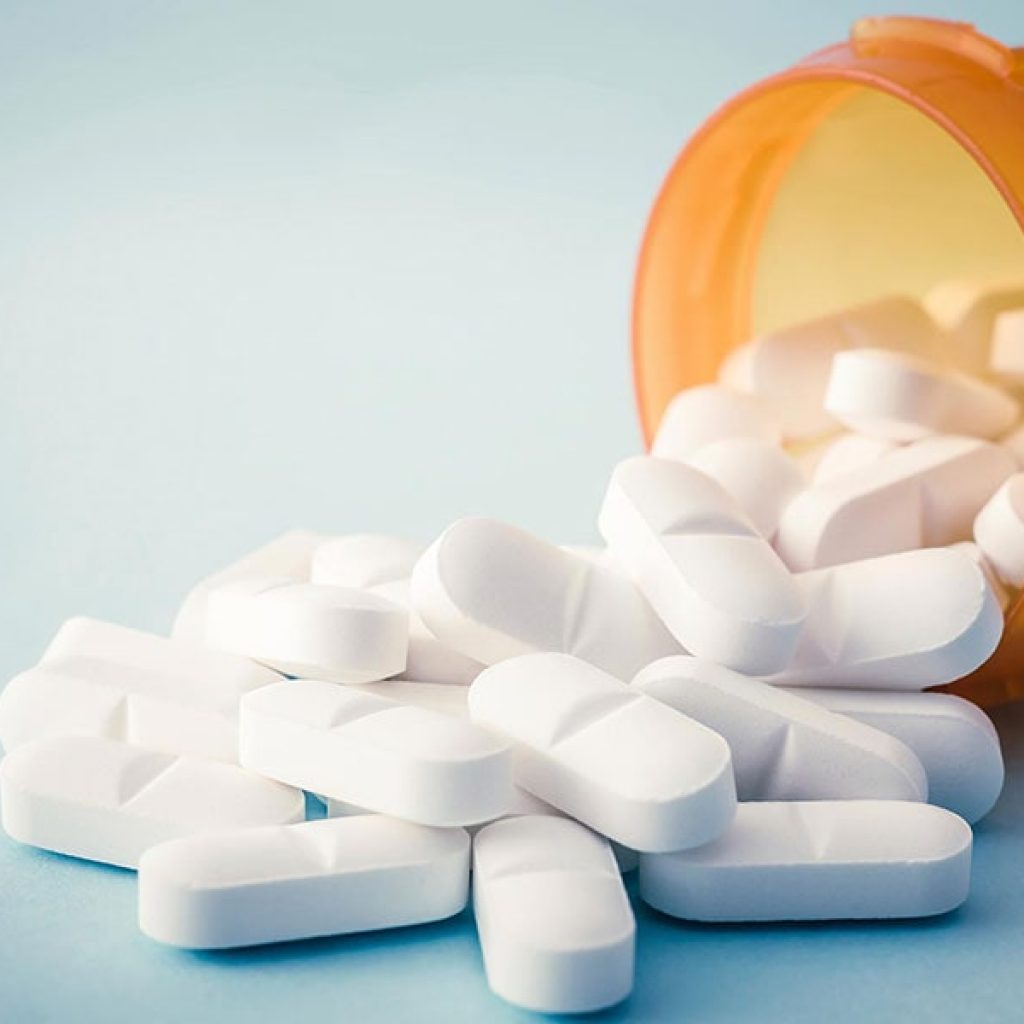 Can I Take Anti-Craving Medications?