Prescription drug abuse is on the rise, particularly in the United States. The country’s opioid epidemic is a major contributing factor. But many other prescription medications are routinely over-used, deliberately abused, or end up in the hands of someone other than the person prescribed.
Prescription drugs don’t typically carry the same stigma as common street drugs, which can be a factor in their abuse. There is a general view that they are less “dirty” than a substance you’d buy from an illicit source. Simultaneously, people often take these meds to achieve similar effects as they would using meth, coke, or heroin. For some people, they are easier to obtain. A friend or relative with a valid prescription might share their pills with you. A trusting doctor may readily prescribe a specific medication if you mention the right symptoms, not realizing your intent.

If you’re worried you might be misusing prescription drugs–or you think you’ve become dependent on them–reach out to us at 405-583-4390. We’re here to help you stay safe!

Read more below about how the abuse of prescription drugs is on the rise in the United States. If you need further information please contact us today.

There are essentially two ways you can abuse a prescription medication: overuse, and misuse.

Taking more than the prescribed dosage of any medication can be considered abuse, even if it’s your own prescription.

Sometimes a person might take more than the recommended amount because they think the drug isn’t properly working. Or they feel they’ve grown tolerant to its effects. In some cases, a person finds they enjoy the feeling the drug creates, so they intentionally consume more.

Misuse, however, occurs in several ways.

The most evident one is consuming a drug that is not specifically for you. Even if it belongs to a family member or friend, it still falls under abuse. And it is important to bear in mind that taking, trafficking, or simply possessing a prescription that isn’t yours is a federal crime.

Misuse can also consist of taking a drug recreationally instead of medicinally.

To use plain terminology, you are using a drug just to “get high” rather than for a health benefit. Unfortunately, since so many drugs have the side effect of creating a euphoric or calming feeling—such as painkillers and sedatives—it can lead to their rampant abuse.

Additionally, in some situations, prescriptions might be mixed with others or combined with alcohol. Established addicts often report doing this. But mixing prescriptions or ingesting them alongside other substances can be especially hazardous and even deadly.

In 2017, a study showed that over 18 million Americans had admitted to misusing a prescription drug in the previous year.

Painkillers, barbiturates, benzodiazepines, types of sedatives, anti-depressants, and stimulants are all subject to abuse and have played a role in the modern drug crisis.

In the case of older demographics, they are probably less likely to know a dealer and far less inclined to search out drugs on the street.

It can come down to cost, as well. Depending on the prescription, or whatever the current supply might be on the streets, choosing a prescription drug can be cheaper and easier.

Even if you are not the one who is using them, selling (or giving away) your prescriptions opens others up to danger and you may potentially be enabling an addict.

Why Do People Abuse Prescription Drugs?

There are various reasons a person might choose to abuse prescription drugs or consider trying them for the first time.

As mentioned before, some people may feel they need a drug like Adderall to boost their energy and productivity levels. Or perhaps they are trying to lose weight quickly and want to take advantage of the drug’s tendency to suppress appetite.

Say someone has an unreported or a nagging injury: they might acquire Vicodin to help alleviate their pain. An anxious or depressed person might seek out a sedative such as Xanax in order to push away unwanted feelings and general life stress.

Not everyone has an entirely negative intention when seeking out illegitimate prescription meds.

Regardless of the intention, it does not make an illegal prescription any less illegal. Substance abuse is substance abuse, no matter how you slice it. Any use of prescription medication without your doctor’s approval potentially endangers you.

And of course, there are some who wrongly believe that prescription drugs will simply make life more fun. Or they want to fit in with a peer group and think drugs are the way to do it.

If any of these reasons seem appealing to you—or you’ve used them to justify your current use—you may want to consider reaching out for help. Our addiction and rehabilitation experts can assist in finding treatment that may improve your life and keep you off a treacherous path.

The Impact on Youths

Young people are particularly susceptible to experimenting with prescription drugs. Social and peer pressure can play a huge role in their decisions.

And drugs are particularly dangerous for young adults, as researchers and doctors are seeing addiction issues start at increasingly younger ages.

A survey from 2014 revealed that almost 6,000 young people tried prescription painkillers for the first time that year, without medical supervision.

Types of opioids like Oxycontin and oxycodone—which are commonly-prescribed painkillers—have been linked with drug use early in life and often found amid areas hit particularly hard by the drug crisis. Young addicts have also reported turning to these specific drugs as a replacement for heroin.

Younger minds are impressionable, so seeing a little orange bottle with uniform pills inside may appear to be a safer alternative than smoking or shooting a substance off the street.

With pressure to perform in school, teens frequently turn to stimulants like Adderall or Ritalin to stay focused on their studies or simply make it through the school day.

Within the educational system, youth tend to engage more in large, interactive social groups. This can allow prescription drugs to easily change hands and even make their way through an entire school.

In recent years, opioids—or opiates—have been at the epicenter of America’s drug crisis.

Opiates are painkillers and the prescription versions include codeine, Demerol, Fentanyl, Oxys, Vicodin, and Percocet. They are all from the opium poppy plant. Due to an increase in doctor prescriptions, their availability and misuse have grown significantly.

All opium-derived drugs are addictive. Also, they are typically prescribed to people with intense levels of pain like surgery patients or those with chronic illnesses.

Because of this, opioid prescriptions have resulted in a lot of unintentional abuse. Since the drug can be addictive in small doses, a person can get hooked after even a short duration of use.

Opiate prescriptions are considered narcotics. Doctors are likely to prescribe these types of painkillers “as needed” in order to monitor a patient’s use. Also, to avoid creating a dependency issue.

Side effects of opiate use include:

Their misuse can also lead to brain damage, coma, and even death as the result of an accidental (or intentional) overdose.

Fentanyl is an incredibly powerful drug and even in very small quantities it can prove lethal or cause an overdose. It is the perfect example of a drug that should never be taken in quantities greater than directed and has been linked to many opioid-related deaths.

The rapid increase in problematic opioid use in recent years has resulted in five times as many reported deaths in 2016 than in 1999. Do not wait until it is too late. Call us today and our specialists can help you get the treatment you need.

Stimulants—or “uppers”—are designed to excite the body. They consist of commonly prescribed drugs such as Adderall, Ritalin, and Dexedrine, and are usually aimed at people with Attention Deficit Hyperactivity Disorder (ADHD).

Since they boost alertness, attention, and energy levels, stimulants are widely abused among college students and in the workplace. Yet they can be misused in any number of scenarios.

Side effects of stimulant use include:

In some cases, abuse may result in seizures or even heart failure.

Because ADHD has been a more common diagnosis in the last few decades, stimulants are plentiful, and unfortunately for many, easy to obtain. As a result, they have become some of the most commonly abused prescription drugs.

Central Nervous System (CNS) Depressants have the opposite effect of a stimulant, in that they serve to slow the body down. They are a wider umbrella of drug classification and consist of sedatives, tranquilizers, and types of barbiturates. Typically, they are prescribed to address anxiety and panic disorders, as well as insomnia and other sleep disorders.

Benzodiazepines—”benzos”—are commonly abused prescriptions in this class. They include Valium, Xanax, and Klonopin. People who actively take these drugs tend to be listless when using, finding themselves in a kind of stupor or haze.

Many long-term CNS depressant users find that they need more and more of the drug to create the same effect over time. This ramping up of dosage can lead to a high level of dependency, and can be extremely difficult to wean yourself from.

Side effects of CNS Depressant use include:

The more serious consequences might entail seizures, and abusers frequently experience slowed heartbeat and report severe mood swings. One of the most important things to remember is that you are not alone. So many people go through similar situations. While we undertaand that every situation is unique we still want to help you. Call us today and our professionals will work with you. Start your healthier life now.

It’s Not Worth It

No matter which branch of these prescription medications you may be using, they all pose a health risk and should never be taken outside of a doctor’s orders.

In 2017, it was found that among people who used prescriptions for the first time in the previous year, over one million abused a stimulant, a million and a half tranquilizers, and over a quarter-million took sedatives.

Prescription drug abuse is a national health crisis and should be treated as such. Addiction can be costly both financially and personally.

If you think you might have a problem with prescription drug abuse—or you’re considering using prescription drugs—our experts can help. Please reach out to us at the number below. Millions of people deal with similar issues and you are not alone in this fight. We can help you take the proper steps and get treatment today. 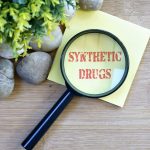 Why Are Synthetic Drugs Dangerous? [Guide]Drugs 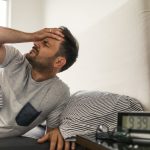