What is Alcohol-Induced Psychosis?

Alcohol-induced psychosis is one of the many risks patients with alcohol use disorder face, especially during withdrawal. But it can be a particularly terrifying one. Alcohol hallucinations can be visual and auditory. And anyone going through alcohol psychosis has to be properly evaluated to make sure they are not suffering from schizophrenia or that the two conditions are co-occurring. Alcohol induced psychotic disorder by itself is not highly prevalent, but doctors must differentiate it from schizophrenia. Also, alcohol-induced psychosis is not a permanent condition like schizophrenia. Abstaining from alcohol holds the key to lowering the risks of having a reoccurrence. You can find out more about what is alcohol induced psychosis by talking to the treatment experts at Oklahoma Addiction Treatment Network. Call them today at 405-583-4390.

An Overview of Psychosis

Psychosis is a mental condition in which the mind loses contact with reality. When this happens to a person it is a psychotic episode.

During a psychotic episode, a person’s thoughts and perceptions change. Also, the person may have difficulty understanding what is real and what is not. Symptoms of psychosis include delusions or false beliefs, and hallucinations, or seeing and hearing things that others do not. Additional symptoms include incoherent or nonsense speech, as well as behavior that is inappropriate for the situation. A person undergoing a psychotic episode may also be experiencing depression, anxiety, sleep problems, social withdrawal, lack of motivation, and difficulty functioning.

A variety of reasons cause. It may be a symptom of a mental illness such as schizophrenia or bipolar disorder. Additionally, things such as sleep deprivation, some general medical conditions, certain prescription medications, and the abuse of alcohol or other drugs, such as marijuana, can cause psychotic symptoms.

As a result, it is important to see a psychologist, psychiatrist, or trained social worker in order to receive a thorough assessment and an accurate diagnosis. A mental illness such as schizophrenia is typically diagnosed by excluding all other causes of psychosis. About three out of 100 Americans will experience psychosis at some point in their lives. As many as 100,000 adolescents and young adults in the U.S. experience their first episode of psychosis each year.

What is alcohol-induced psychosis? Psychosis associated with alcohol can occur during acute intoxication and alcohol withdrawal, as well as in patients with chronic alcohol use disorder. The specific diagnosis of alcohol psychosis is  alcohol hallucinosis.

Once considered rare, researchers now believe alcohol-induced psychosis may be a bit more prevalent than initially thought. Its prevalence depends on the inclusion criteria used for diagnosis. For example, in alcohol-induced psychosis, symptoms present during or shortly after heavy alcohol intake. Clinically, alcohol psychosis is similar to schizophrenia. However, it is an independent condition that is characterized by alcohol hallucinations, paranoia, and fear.

Some studies suggest an increase in activity in dopamine pathways and dopamine receptor alterations cause hallucinations in patients with alcohol-induced psychosis. However, the involvement of serotonin also is possible.

Other studies imply that amino acid abnormalities may lead to decreased brain serotonin and increased dopamine activity leading to hallucinations. Also, elevated levels of beta-carbolines and an impaired auditory system play a part with the auditory hallucinations that come with alcohol psychosis. In addition, neuroimaging studies suggest a possible link between alcohol hallucinations and abnormalities in the movement of blood through blood vessels to various regions in the brain.

Once diagnosed with alcohol-induced psychosis, there is a 68% chance of re-admission and a 37% chance of co-occurrence with other mental disorders. Patients with alcohol-related psychosis have a 5% to 30% risk of developing a chronic schizophrenia-like syndrome.

Despite this, when compared to other neuropsychiatric disorders such as alcohol withdrawal delirium, alcohol-induced psychosis is a rare complication in patients with alcohol use disorder. Alcohol use disorder can cause acute paranoid-hallucinatory psychosis. However, few studies have focused on this syndrome. While patients with alcohol-induced psychosis predominantly experience auditory hallucinations, they also have visual hallucinations and delusions of persecution.

As a result, identifying the differential diagnosis between schizophrenia with secondary alcoholism and alcohol-induced psychosis can be difficult. And a substantial number of studies report a significant co-occurrence of schizophrenia with substance use disorders.

It may be difficult to determine whether a patient’s psychotic symptoms are due to a primary psychotic disorder or to substance use, including alcohol. This may be especially difficult in a hospital’s emergency department, where patient history is frequently lacking. A patient who has a clear history of alcohol use but no family history of the psychotic disorder will receive the diagnosis of alcohol-induced psychosis.

When compared to schizophrenia, patients with alcohol-induced psychosis have significantly lower education levels, an onset of psychosis at an older age, more intense depressive and anxiety symptoms, and fewer negative and disorganized symptoms. On the other hand, they usually have better insight and judgment toward psychotic symptoms, and less functional impairment.

The first priority of a patient undergoing alcohol-induced psychosis is to stabilize him and pay close attention to airway, breathing and vital signs. If the patient requires sedation due to alcohol-related psychosis, antipsychotic medications are the first line of defense. If there is a concern about alcohol withdrawal and seizures, benzodiazepines also are used. In certain cases, some patients may require physical restraints to protect the patient as well as the staff. Patients with alcohol-induced psychosis must also be put on suicide watch.

An intoxicated patient or one undergoing withdrawal to the point of psychosis should be considered a medical emergency. The reasons being that the risks of unconsciousness, seizures, and delirium are high. Doctors point out that medical treatment should focus on the effect of alcohol on the body as a whole. Alcohol withdrawal requires inpatient hospitalization for more than 72 hours after the risk of delirium tremens has subsided. If the patient can abstain from alcohol, the prognosis for emerging from an alcohol-induced psychotic episode is good. However, if patients are unable to abstain from alcohol, the risk of reoccurrence is high.

Alcohol withdrawal psychosis is a symptom of alcohol withdrawal and should be treated in that context. Acute Alcohol Withdrawal Syndrome (AWS) is a distinctive clinical syndrome with potentially serious consequences. Detox has symptoms beginning as early as six hours after the initial decline from peak intoxication. Initial alcohol detox symptoms include tremors, anxiety, insomnia, restlessness and nausea. In mildly alcohol-dependent persons, these symptoms may comprise the entire alcohol detox process and may subside without treatment after a few days.

Seizures may occur in more than 5% of untreated patients in acute alcohol withdrawal. Withdrawal seizures usually consist of generalized convulsions alternating with spasmodic muscular contractions. Seizures that begin with twitching of a limb suggest the presence of a co-occurring disorder, which should be fully investigated.

Another severe complication of the alcohol detox process is delirium tremens (DTs). The DTs are characterized by hallucinations, mental confusion, and disorientation. The mortality rate among patients exhibiting DTs is 5% to 25%. Up to one-third of patients with AWS who have a related seizure will progress to delirium tremens.

Risk factors for delirium tremens include sustained heavy drinking, age older than 30 years, increased days since last alcohol intake, and a prior episode of delirium tremens. Hallucinations are distressing, but not dangerous. Patients with delirium tremens should be treated in an inpatient setting.

Delirium tremens can occur when you stop drinking alcohol after a period of heavy drinking, especially if you do not eat enough food. It is especially common in those who drink four to five pints of wine, seven to eight pints of beer, or one pint of “hard” alcohol every day for several months. Delirium tremens also commonly affects people who have used alcohol for more than 10 years.

Visual, auditory and tactile hallucinations are frequently experienced in acute, alcohol withdrawal symptoms or DTs. Hallucinations not connected with DTs, but rather alcohol-induced psychosis, occur in 3% to 10% of patients during severe withdrawal from 12 hours to seven days after drinking alcohol stops.

Alcohol-induced psychosis is frightening for those having such an episode. And from a treatment point of view, experts must differentiate between alcohol psychosis and schizophrenia. The good news is that such expert help is available to anyone who wants it. If you or a loved one needs help, we can connect you with medical experts. If you have any questions about alcohol induced psychosis, contact the treatment experts at Oklahoma Addiction Treatment Network today at 405-583-4390. 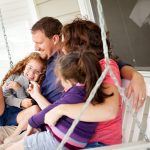 How Alcoholism Affects the FamilyAlcohol Abuse