Why Do Some People Develop Addiction? (And Others Don’t?)

Why do people become addicted to drugs or alcohol in the first place? Why does addiction happen to some people but not others? These are questions that come up a lot in the conversation surrounding addiction and for good reason. It is pretty odd to think that some people can be fairly unaffected by substances while others quickly fall into addiction. It is important to dispel any ideas that people with addictive personalities are “weaker” than those without. Ultimately, addiction is never a choice and if you are looking to help a loved one, it’s a disease that must be thoroughly understood.

Addiction impacts millions of Americans. It is a disease that spills over into every area of day to day life. It starts as a simple act and catapults into a complete change in brain function. Here we will discuss how addiction happens, the critical factors of addiction, and what addicts can do to find help. If you or a loved one have more questions on addiction treatment do not hesitate to give us a call at 408-583-4390. You may know someone who needs treatment and we can help them find it today.

Addiction can affect anyone anywhere. Continue reading on for more information about addiction. If you require additional resources and tools then please reach out to our experts today.

So, how are addictions formed? Addiction begins with casual exposure to drugs or alcohol. It may be a couple of drinks on a night out or a smoke session with friends. What makes addiction so tricky is when casual exposure develops into dependence. Dependence happens when the pleasurable feeling drugs or alcohol provide is reinforced. These substances feed the brain’s reward system, which makes the continued consumption of the substance irresistible. Intoxicants do this by delivering unnaturally high amounts of dopamine, which can be considered the “happy hormone.”

Furthermore, in a healthy brain, day to day, pleasures are satisfying enough. People that are not addicts can derive pleasure from relationships, food, and exercise. Addiction steals the simple pleasures and makes them pale in comparison to what the drug provides. This is why you may notice that addicts seem depressed and checked out. One article from the National Institutes of Health notes,

‘”Brain imaging studies of people addicted to drugs or alcohol show decreased activity in this frontal cortex,” says Dr. Nora Volkow, director of NIH’s National Institute on Drug Abuse. “When the frontal cortex isn’t working properly, people can’t make the decision to stop taking the drug—even if they realize the price of taking that drug may be extremely high, and they might lose custody of their children or end up in jail. Nonetheless, they take it.”‘

However, for addicts, what started as one drink can turn into a vicious cycle of dependency. The drug becomes the priority, and it happens on an invisible level. Unfortunately, their brain starts to work against them. That is why addiction is not as simple as just “stopping” drug use. Unfortunately, it affects everything from behavior to mental functioning, and it requires treatment that will cater to those areas.

Why Do People Become Addicted?

If you or someone you love are suffering from addiction, then contact us today. Our specialists can help you, or anyone, start living their happiest and healthiest life.

The first risk factor that helps answer why do people become addicted is biological influences. A person’s genes and the biological makeup of who they account for nearly half their risk of addiction. Factors like gender, ethnicity, and preexisting mental disorders also play a role in the risk of addiction. Biology can explain why some people immediately hate drugs and why others crave more. Ultimately, everyone is wired differently.

The next risk factor for addiction is the environment the addict grew up in. If you came from a rough home, that can play a huge part in so many aspects of your life going forward, particularly with addiction. Children pick up on the behavior of those around them, so if someone came from a home with prominent drug abuse that can be what influences them to use in the future.

Family is not the only environmental factor that can put an individual at risk of addiction. Young people are particularly susceptible to influences like peer pressure that can play a role in substance abuse. This can explain that someone can have a healthy home life but still fall into the trap of addiction. This is why informing youth on the true risks of substance abuse is so important.

Finally, development is the middle ground of both biological and environmental influences. The earlier drug use starts, the greater the risk of addiction. As DrugAbuse.gov explains, “this is particularly problematic for teens. Because areas in their brains that control decision-making, judgment, and self-control are still developing, teens may be especially prone to risky behaviors, including trying drugs.”

As you can see, what a person experiences in the home and at school follow them into adulthood. This principle applies to addicts and non-addicts alike. The sole difference being that drugs have major impacts on the brain in ways other developmental influences do not.

There is another, lesser-known, factor that influences addiction. The method a drug is used can also be a catalyst for addiction. According to DrugAbuse.gov, “Smoking a drug or injecting it into a vein increases its addictive potential. Both smoked and injected drugs enter the brain within seconds, producing a powerful rush of pleasure. However, this intense high can fade within a few minutes. Scientists believe this powerful contrast drives some people to repeatedly use drugs to recapture the fleeting pleasurable state.”

The Brain on Drugs

To reinforce the question of why do people become addicted, it helps to take a deep dive into what drugs are doing to the brain specifically. Let’s take a look at what areas of the brain are impacted by substance abuse. For instance, affected areas include:

These areas are vital to the everyday functions people go through. The way the brain becomes distorted is what separates addicts from people who can casually use drugs.  You do not need to suffer the side effects of drugs alone. Contact our professionals today to get the help that you deserve.

The Importance of Treatment for Addicts

Addiction is a battle best avoided by staying away from substances in the first place. Unfortunately, for addicts, the combination of factors they are affected by involves much more than a simple choice. To undo the mental, physical and emotional effects of addiction addicts require professional treatment.

In addition, rehab and support groups can help addicts identify the issues that paved the way for their addiction. Some may require intensive treatment that involves medication and residential stays. Others could benefit from a short-term outpatient program that is helpful if their addiction is less severe. Regardless of the type of treatment, the healing gained is priceless.

Individuals suffering from substance abuse come out of treatment with a toolbox they can apply to a variety of the difficult situations that come up in life. Treatment could help identify an underlying mental issue, identify triggers, and help even family members learn to cope. However, treatment is a way that addicts can truly break the chains of addiction and come out with a more happy, healthy, and productive life.

How to Help or Find Help

Finally, addicts face a unique struggle. While there is no singular cause of addiction, you can use the risk factors to understand how addiction happens. If you notice a friend’s behavior or attitude drastically changing you may want to talk with them about what they are struggling with. If you identify that it is an addiction issue, understand that while you yourself cannot cure their addiction, you can help them find appropriate resources.

Treatment can drastically change the lives of people suffering from substance abuse. Addiction is no light matter and the sooner it is dealt with, the better. Now that the mental effects of addiction are understood, you can see why even recovering addicts deal with issues like a relapse. The path to recovery is not easy, but with every bump in the road, there is a chance to push forward even stronger.

To summarize, if you know someone that needs help with substance abuse, reach out. Have a difficult conversation and be an active listener. Once that person has decided to find help, we can get them into a treatment that best fits their lifestyle. Do not hesitate to give us a call now at 405-583-4390. Anyone can become an addict, but no one has to remain one. 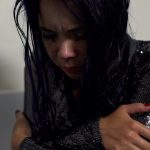 I’m Addicted to My Opioid Pain Killers (What Now?)Drug Addiction 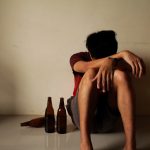